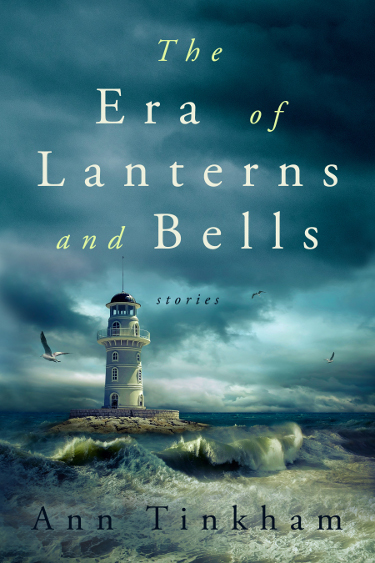 In The Era of Lanterns and Bells, a lighthouse is haunted by the memory of lighthouse keepers, a train operator is forever changed by a subway suicide, a journalist befriends a homeless virtuoso, an orca trainer believes she's a whale, an aerialist runs away from the circus, and a Golden Gate Bridge jumper saves lives with fortune cookies. An obese woman is rescued from being a shut-in, a woman discovers that her favorite childhood pond is polluted and cancer-causing, a woman falls in love with a bipolar man in Jamaica, and an arborist writes love letters from trees. These quirky and darkly comic stories entertain while posing essential questions about truth, compassion, and humanity.

A New York train operator is forever changed by a subway suicide. He makes a suggestion to the Transit Authority he believes will restore normalcy to his and the other drivers' lives.

A burned out journalist in a dying industry befriends a homeless musician in Los Angeles. An act of kindness enriches the journalist's life.

A man waiting for a heart transplant breaks up with his true love. He believes his heart isn't strong enough to withstand a possible heartbreak. Once he gets a transplant, he's not sure he can live with the heart he receives.

A man with a secret patrols the Golden Gate Bridge with fortune cookies and urges jumpers teetering on the edge to tell their stories.

A lighthouse grows to despise the sea. Its relentless nature drives lighthouse keepers away, leaving the lighthouse untended, despondent, and haunted.

Hole in the Wall

An obese woman is a shut-in until a little girl asks an unexpected question that prompts her to make a dreaded call and invite humanity's shaming glare into her life.

A woman on vacation in Jamaica runs into a man whose song she has always heard. She can't let go of his song until it becomes one she doesn't recognize.

A woman discovers that her childhood swimming hole is teeming with toxins. Once a source of imaginative play, the pond has become a cold-blooded killer.

A Jewish woman is nervous about introducing her African American boyfriend to her parents, who want her to marry a nice Jewish boy. Their first dinner together promises to be tense and awkward when something unexpected occurs.

An aerialist runs away from the circus when she discovers a dirty secret about the circus she can't live with.

An orca trainer believes she is a whale until a meddling animal rights activist upends and breaks open her self-serving narrative.

An arborist who is no good at humans is forced to work with them. Her ingenious plan to keep people at arm's length backfires in a way she could have never imagined.