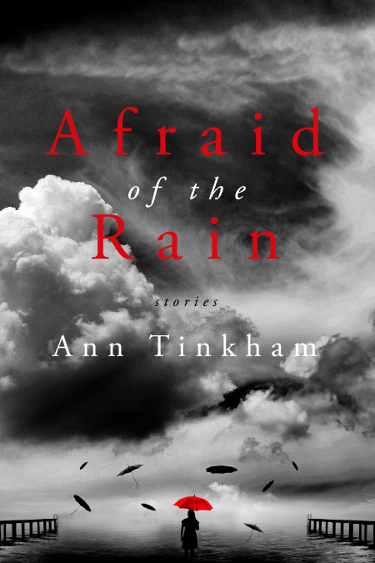 In Afraid of the Rain, a woman's date with a magician redefines magic, an actor becomes his sociopathic role, a young musician plans a senior-living speakeasy, a boy kidnaps a penguin from the zoo, a man risks his marriage for giant pumpkin-growing, a mother's HIV denial causes her to lose the thing she loves most, and a once fearless woman's house detonates in a flood. In these stories, the characters are driven to peril by their passions. Some are exalted, yet others succumb to their obsessions.

A once intrepid adventurous woman loses her home in a mudslide and faces her new-found fear of life and the loss of her home and community.

A man risks his marriage when he becomes obsessed with growing giant pumpkins and competing in contests.

A young musician working at a senior living facility reintroduces music into a former jazz singer's life. She goes against corporate policy and plans a rip-roaring speakeasy to breathe life into the residents' ho-hum existence.

A world-class climber faces her most difficult ascent when she sees her long lost sibling, a homeless vagrant, at her brother's funeral.

An actor identifies too closely with the sociopath he plays in a film and loses his grip on reality.

An AIDS denialist gains prominence by taking a controversial stance on HIV. Her stubbornness to accept the reality of science causes her to lose what's most precious to her.

Send in the Clowns

In a circus manager's quest for the perfect clown, she discovers that the clown business isn't always a laughing matter.

An inspirational speaker and author motivates others to combat eating disorders but struggles to overcome her own demons.

When a despondent bride plans to drown herself in the bathtub on her wedding night, alchemy intervenes.

Tuxedo in the Bathtub

Obsessed by penguins, a little boy takes matters into his own hands and gives his mom the surprise of her life.

A young internet dater's 99th date is with a magician. Her worries that she'll have to fake delight during his hackneyed magic tricks are dispelled when he sparks a world she couldn't have ever imagined.